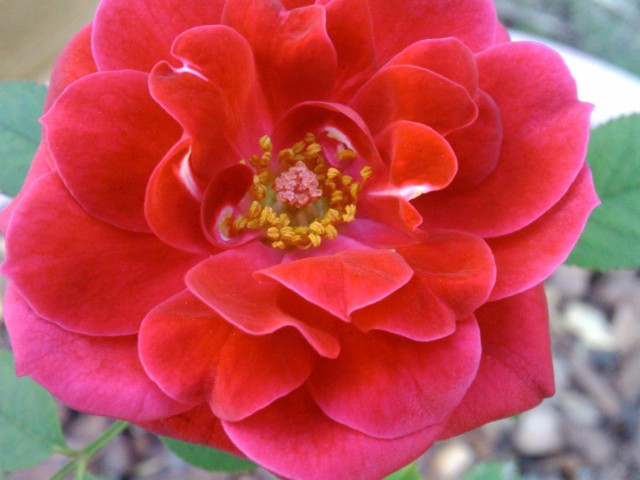 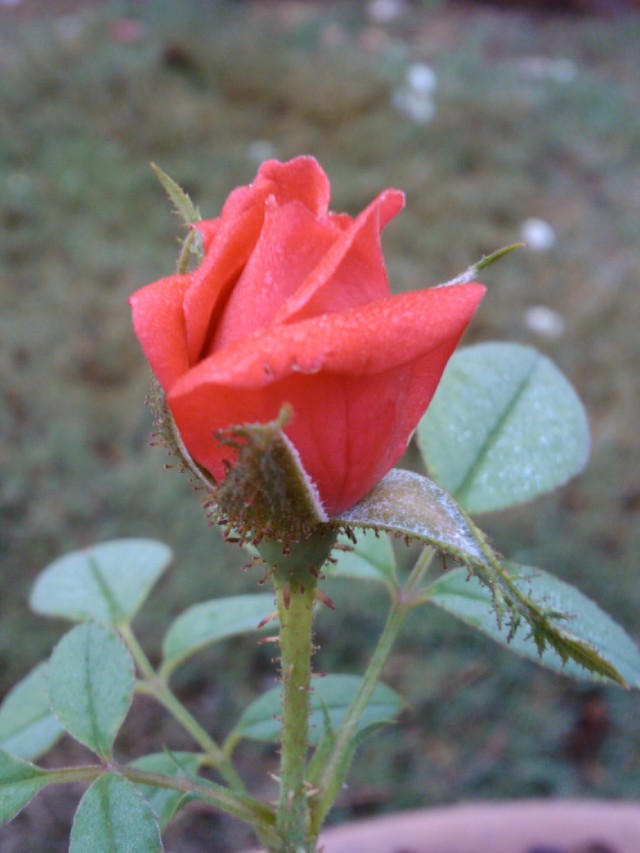 On Tina’s recent trip to Nashville, she was kind enough to Segway over to White House Tennessee to S & W Greenhouse. Her marching orders were clear: Purchase three “Pope John Paul II” and three “Crescendo” Hybrid Teas.  Well, things don’t always go as planned. They only had one “Crescendo” and two “Pope John Paul II”.  Great looking plants with good sturdy canes that would make wonderful additions to our garden.

Enter, the miniatures. We had such good luck with other miniature roses “Heartbreaker” and “Tiddlywinks” when Tina laid eyes on a new mini “Warm & Fuzzy” she knew we just had to try it.

This beautiful little “moss miniature” rose is a deep crimson red with mossy like stems.  Upon arrival in Alabama we had it potted up and MooPoo’d in no time. As you can see, it’s off to a good start. 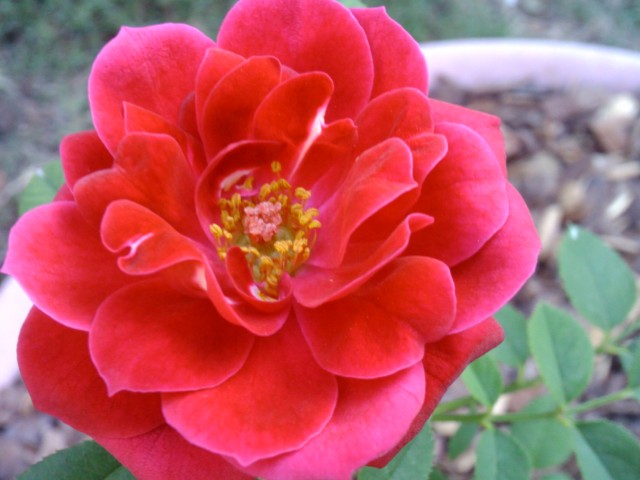 Christopher R. VanCleave – America’s Favorite Rose Gardener Nicknamed "The Redneck Rosarian”, Chris VanCleave is passionate about gardening and growing roses. He is an active member of the Birmingham chapter of the American Rose Society, serving two terms as President. In 2007, he created the Rose Chat Podcast which has reached over a half a million listeners with news and information on growing on growing the world’s most beloved flower, the rose. He was a contributor to the 2015 Southern Living Gardening Book, has appeared on P. Allen Smith’s Garden Home television show and was featured in the June 2015 issue of Southern Living Magazine. Locally, Chris serves as Chairman of the Helena Alabama Beautification Board where he has spearheaded efforts to create a sustainable landscape in one of the top one hundred places to live in the United States. His writing is seen at About.com and on his popular website; RedneckRosarian.com, where he chronicles his gardening adventures and explores an intrinsic mix of life, faith and gardening. An agent of change with over 20 years’ experience in process innovation, Mr. VanCleave is leading the charge to reinvigorate horticultural societies and helping them to reach their full potential in the social media age.
View all posts by Chris VanCleave - America's Favorite Rose Gardener →
This entry was posted in #roses, Warm & Fuzzy and tagged miniature rose, Warm & Fuzzy, Weeks Roses. Bookmark the permalink.

2 Responses to New Rose In My Garden – “Warm & Fuzzy” Miniature