In America, Some Dreams Do Come True – Presidential Roses

In a world where we sometimes begin to believe that our dreams can’t come true. One of mine is coming together this week.

The office of President of the United States is one that has been occupied by only a few. They, for their term of office are considered to be the leader of the free world. They face incredible scrutiny and also exultant praise.   Our Presidents and First Ladies have come from all walks of life and each have their own style and for some, a rose named in their honor. As our nation presses onward toward another election, and the debates drone on and on, I am once again dreaming of roses.

Way back in 2007, I blogged about the possibility of a presidential rose bed. A rose bed with only roses named for Presidents and First Ladies. Several things have kept me from realizing this dream, but as I have learned with most things in life; Be patient. When the time is right, it will come to pass.

Last fall, I had the opportunity to purchase 2 Ronald Reagan hybrid teas. As I mentioned in a previous post, I love this rose, not only for its striking beauty, but it was President Reagan who signed the proclamation declaring the rose our “National Floral Emblem”. ARS rating: 7.7 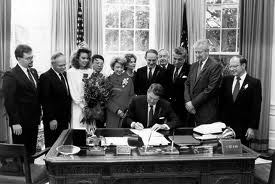 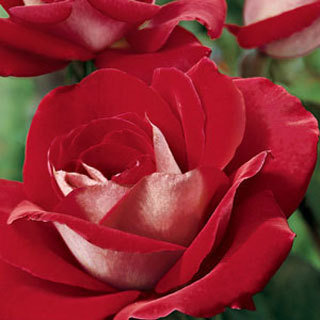 This week, I purchased a “Lady Bird” hybrid tea named for the beloved First Lady, “Lady Bird” Johnson. Her establishment of the Wildflower Center at the University of Texas at Austin secured her place in the hearts of gardeners everywhere. I can remember as a small boy, watching her on television waving a gloved hand “plant a tree, a shrub or a bush, beautify America!” It was no surprise to me when they announced a rose named in her honor. ARS rating: 7.2 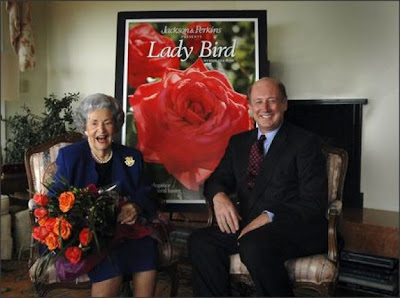 Next in this Presidential rose bed, is the “Barbara Bush” hybrid tea. A beautiful soft coral pink rose; it is said to be a source of inspiration in the garden. ARS rating: 7.4 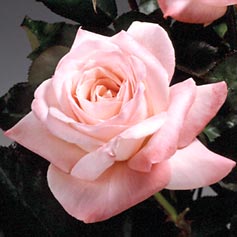 Mr. Lincoln will round out my collection. He has been a favorite in our garden for several years often reaching over 8 ft tall in the summer. This rose certainly lives up to its namesake. ARS rating: 8.3 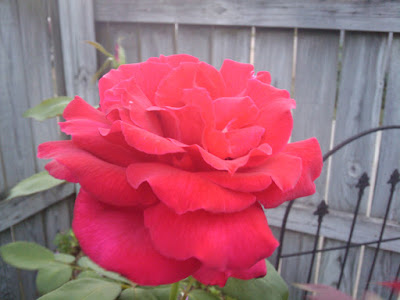 As I plant these roses, I am thankful for the incredible blanket of protection we all sleep under each night as Americans and I rejoice in the knowledge that we continue to inspire the world with a government elected “by the people and for the people” and to be a place where even the smallest of dreams can come true…….

Christopher R. VanCleave – America’s Favorite Rose Gardener Nicknamed "The Redneck Rosarian”, Chris VanCleave is passionate about gardening and growing roses. He is an active member of the Birmingham chapter of the American Rose Society, serving two terms as President. In 2007, he created the Rose Chat Podcast which has reached over a half a million listeners with news and information on growing on growing the world’s most beloved flower, the rose. He was a contributor to the 2015 Southern Living Gardening Book, has appeared on P. Allen Smith’s Garden Home television show and was featured in the June 2015 issue of Southern Living Magazine. Locally, Chris serves as Chairman of the Helena Alabama Beautification Board where he has spearheaded efforts to create a sustainable landscape in one of the top one hundred places to live in the United States. His writing is seen at About.com and on his popular website; RedneckRosarian.com, where he chronicles his gardening adventures and explores an intrinsic mix of life, faith and gardening. An agent of change with over 20 years’ experience in process innovation, Mr. VanCleave is leading the charge to reinvigorate horticultural societies and helping them to reach their full potential in the social media age.
View all posts by Chris VanCleave - America's Favorite Rose Gardener →
This entry was posted in #roses, Barbara Bush, Lady Bird, Presidential Roses, Ronald Reagan, Rose Reviews, Stories and tagged Barbara Bush, Election, hybrid tea, jackson & perkins, Lady Bird Johnson, Mr Lincoln, Presidential, Presidents, Ronald Reagan, roses, United States. Bookmark the permalink.

10 Responses to In America, Some Dreams Do Come True – Presidential Roses