Our Lady of Guadalupe – Floribunda

With the recent rains, we have seen our roses bounce back considerably. We originally had three shrubs of ‘Our Lady of Guadalupe” and lost one this spring. They were planted in a row and the middle one died. I replaced it with ‘Gemini’ Hybrid Tea. The remaining two shrubs were a little slow to start this year but are now producing a multitude of beautiful pink blooms. 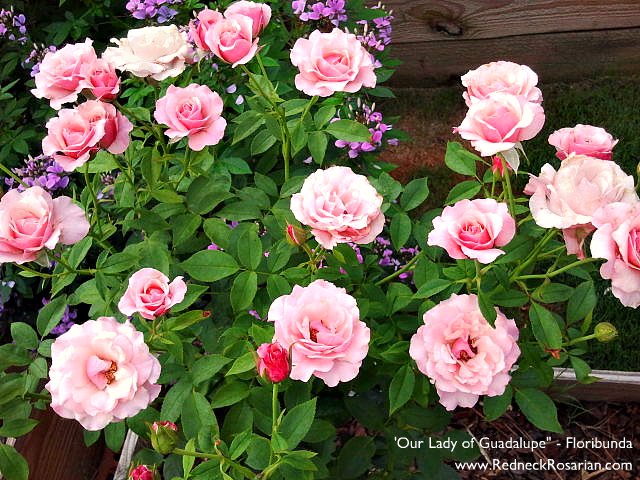 The blooms are medium sized and form a nice spray on a single stem. 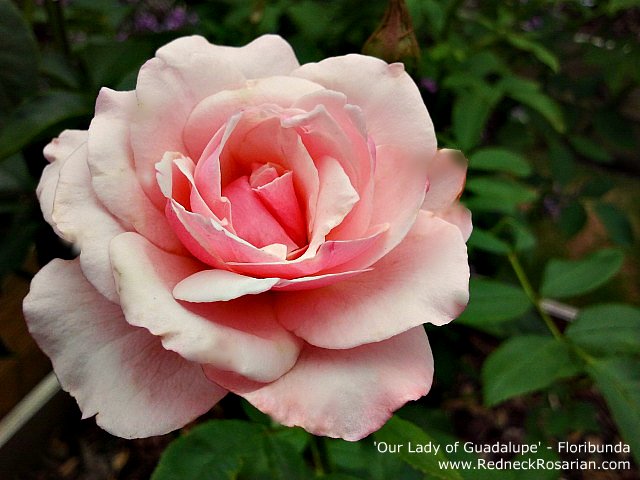 This rose was advertised as having some fragrance and I was disappointed last year when I could not detect it.  This year however, the rose does indeed have a slight fragrance that is quite pleasing…. I have been a bit disappointed in disease resistance but will withhold my comments for another growing season. 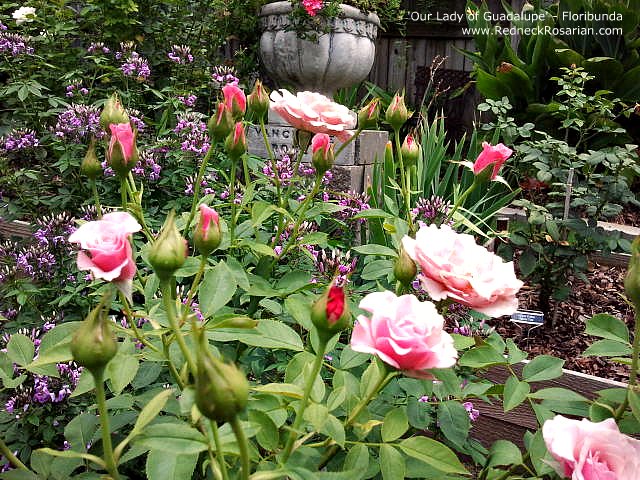 Christopher R. VanCleave – America’s Favorite Rose Gardener Nicknamed "The Redneck Rosarian”, Chris VanCleave is passionate about gardening and growing roses. He is an active member of the Birmingham chapter of the American Rose Society, serving two terms as President. In 2007, he created the Rose Chat Podcast which has reached over a half a million listeners with news and information on growing on growing the world’s most beloved flower, the rose. He was a contributor to the 2015 Southern Living Gardening Book, has appeared on P. Allen Smith’s Garden Home television show and was featured in the June 2015 issue of Southern Living Magazine. Locally, Chris serves as Chairman of the Helena Alabama Beautification Board where he has spearheaded efforts to create a sustainable landscape in one of the top one hundred places to live in the United States. His writing is seen at About.com and on his popular website; RedneckRosarian.com, where he chronicles his gardening adventures and explores an intrinsic mix of life, faith and gardening. An agent of change with over 20 years’ experience in process innovation, Mr. VanCleave is leading the charge to reinvigorate horticultural societies and helping them to reach their full potential in the social media age.
View all posts by Chris VanCleave - America's Favorite Rose Gardener →
This entry was posted in #MooPooCrew, #roses, Alabama, Our Lady Of Guadalupe, Rose Reviews and tagged American Rose Society, ARS, disease resistance, Floribunda, garden, garden statuary, gardening, Guide For Selecting Roses, hybrid tea, J & P, Jackson & Perkins Roses, lady of guadalupe, lost one, nature, Our Lady Of Guadalupe, Photography, pink blooms, Pink Roses, plants, rose chat, Rose Photography, rosechat, roses. Bookmark the permalink.

12 Responses to Our Lady of Guadalupe – Floribunda