My Dalliance With Dahlias

Bren at BGGarden.com encouraged me to grow dahlias in the early Spring and then her blog post, “Dare To Dahlia” just sealed the deal.  I planted these with not much hope of seeing a bloom as big as a dinner plate, but much to my surprise these glorious giant yellow blooms have appeared. 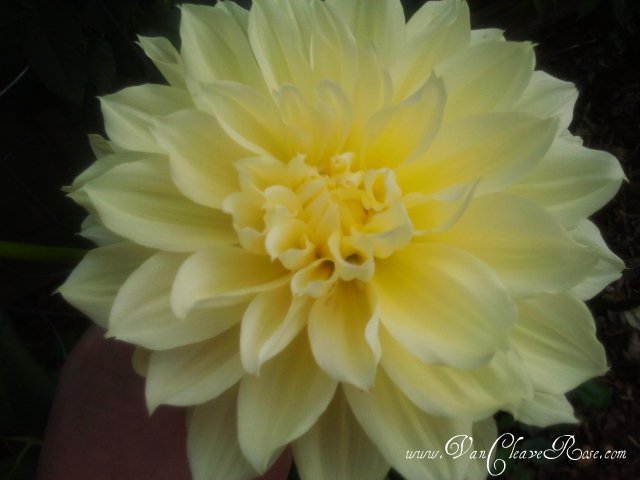 I love the intricacy of each bloom 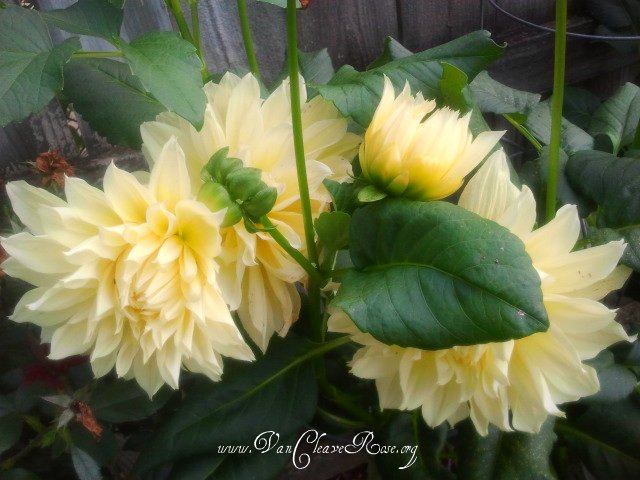 These became so large, we used tomato cages to hold them up 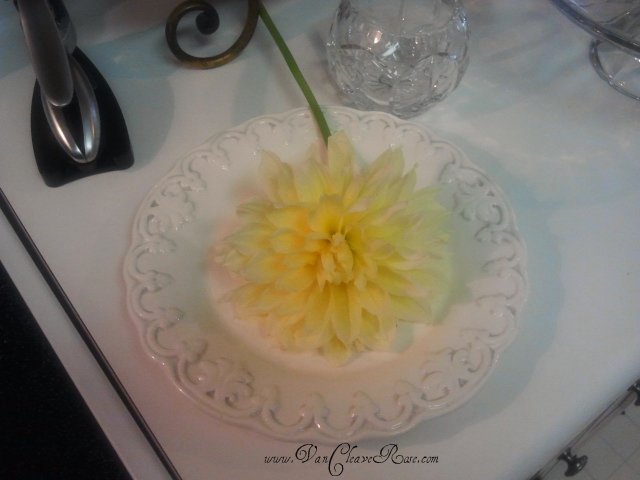 Shown here on a standard dinner plate, these beautiful flowers live up to their name!

I will now have a variety of dahlias in my garden in the coming year and just from looking at a couple of website, I believe their are about as many varieties of dahlias as they are roses! Oh, my!

Christopher R. VanCleave – America’s Favorite Rose Gardener Nicknamed "The Redneck Rosarian”, Chris VanCleave is passionate about gardening and growing roses. He is an active member of the Birmingham chapter of the American Rose Society, serving two terms as President. In 2007, he created the Rose Chat Podcast which has reached over a half a million listeners with news and information on growing on growing the world’s most beloved flower, the rose. He was a contributor to the 2015 Southern Living Gardening Book, has appeared on P. Allen Smith’s Garden Home television show and was featured in the June 2015 issue of Southern Living Magazine. Locally, Chris serves as Chairman of the Helena Alabama Beautification Board where he has spearheaded efforts to create a sustainable landscape in one of the top one hundred places to live in the United States. His writing is seen at About.com and on his popular website; RedneckRosarian.com, where he chronicles his gardening adventures and explores an intrinsic mix of life, faith and gardening. An agent of change with over 20 years’ experience in process innovation, Mr. VanCleave is leading the charge to reinvigorate horticultural societies and helping them to reach their full potential in the social media age.
View all posts by Chris VanCleave - America's Favorite Rose Gardener →
This entry was posted in Alabama, Companion Plants and tagged beautiful flowers, Companion Plants For Roses, Dahlias, dinner plate dahlias, flowers, nature, Photography, plants, tomato cages, yellow blooms. Bookmark the permalink.

8 Responses to My Dalliance With Dahlias