New Rose – ‘Butter Me Up’ Miniature

Tina made a recent trip to S & W Greenhouse in White House, Tn. She called as she left there and said “I think I have a problem. I bought a dozen new roses and don’t think I have enough room for my luggage on the return trip to Alabama”….  Yes, she too has caught the rose bug… One rose, really caught her eye. ‘Butter Me Up’ is a new miniature rose introduced by Weeks Roses this year and shows great promise.  We now have four shrubs of this rose that will replace three shrubs of another rose that have not lived up to “front yard” standards. We will have these in the ground by the end of the week in a new raised bed the surrounds our gas lamp post. We are hopeful that this roses will continue to produce beautiful yellow blooms. 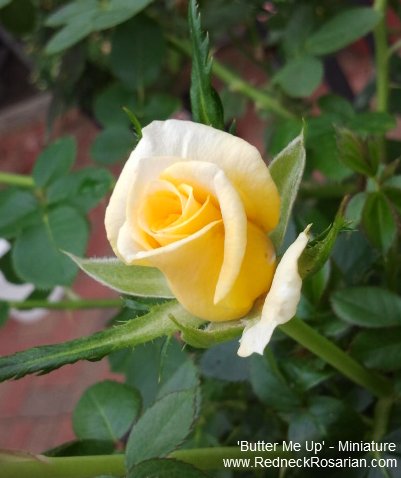 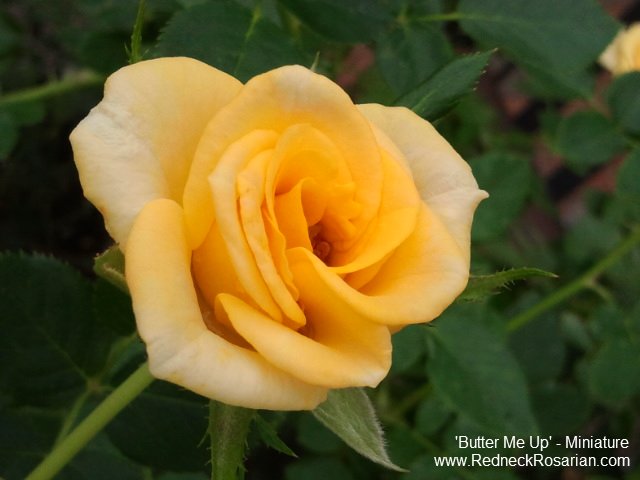 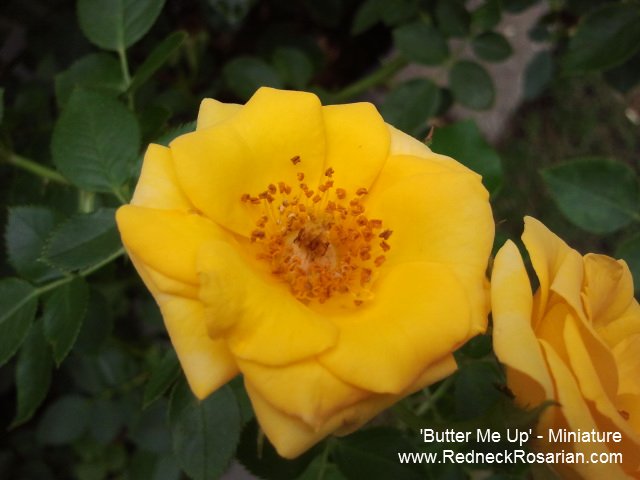 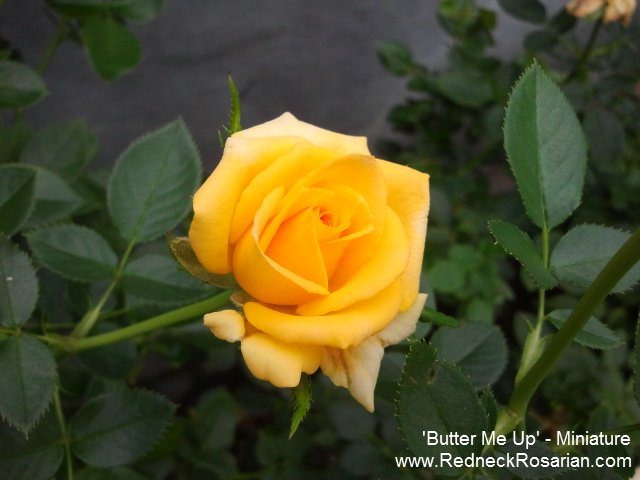 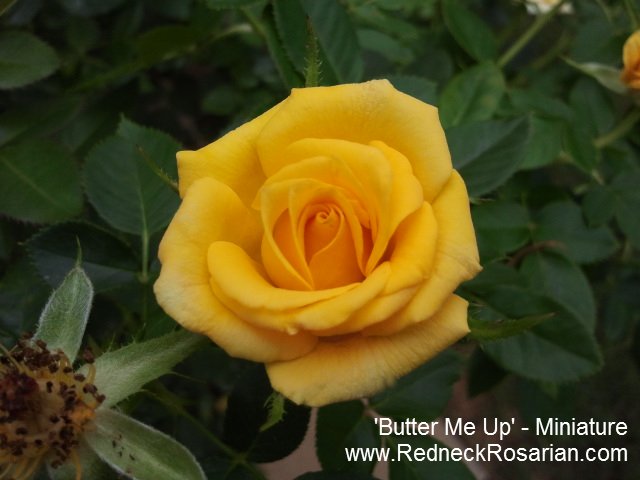 Christopher R. VanCleave – America’s Favorite Rose Gardener Nicknamed "The Redneck Rosarian”, Chris VanCleave is passionate about gardening and growing roses. He is an active member of the Birmingham chapter of the American Rose Society, serving two terms as President. In 2007, he created the Rose Chat Podcast which has reached over a half a million listeners with news and information on growing on growing the world’s most beloved flower, the rose. He was a contributor to the 2015 Southern Living Gardening Book, has appeared on P. Allen Smith’s Garden Home television show and was featured in the June 2015 issue of Southern Living Magazine. Locally, Chris serves as Chairman of the Helena Alabama Beautification Board where he has spearheaded efforts to create a sustainable landscape in one of the top one hundred places to live in the United States. His writing is seen at About.com and on his popular website; RedneckRosarian.com, where he chronicles his gardening adventures and explores an intrinsic mix of life, faith and gardening. An agent of change with over 20 years’ experience in process innovation, Mr. VanCleave is leading the charge to reinvigorate horticultural societies and helping them to reach their full potential in the social media age.
View all posts by Chris VanCleave - America's Favorite Rose Gardener →
This entry was posted in #roses, Alabama, Butter Me Up, Rose Report, Rose Reviews, Uncategorized and tagged Butter Me Up, gardening, Landscaping, Miniature Roses, nature, New Roses, Photography, plants, rose bug, Rose gardening, roses, Weeks Roses, yellow blooms, Yellow Roses. Bookmark the permalink.

6 Responses to New Rose – ‘Butter Me Up’ Miniature