Tina and I had an opportunity to travel to Nashville over the weekend to attend the Tenarky District Fall Rose Show. Hosted by the Nashville Rose Society, this district event covers American Rose Societies in Tennessee Arkansas and Kentucky, but rose enthusiasts from all over travel to be a part of the show.

The show was held at Belmont University. Steeped in history, Belmont was once the private residence of Adelicia Acklen, a prominent Nashville citizen. The home eventually became a school for women which merged with Ward seminary to become Ward-Belmont and is now Belmont University. For country music buffs,  Mrs. Sarah Cannon was a graduate of Ward Belmont. Many know her as “Minnie Pearl”.

The rose show was great. I got there early to watch some of the exhibitors preparing their roses and had hoped to bring some of my own blooms, but it was not to be…. The exhibitors sure had some pretty blooms on display, as well as some breathtaking arrangements. My photography skills will not do them justice.

As always, we met some super people and saw some of our rose friends and one person from our own society that I didn’t know was coming! She won “King of Show” with her blooms of ‘Europeana’ floribunda. Not only were there some wonderful roses and arrangements; several classes and seminars were also offered on various topics such as, “Growing Buck Roses” (roses hybridized by Dr. Griffin Buck), “Rose Growing Basics” plus a keynote address by the Director of the Belmont Mansion entitled “The Historical Heritage of the Gardens at Belmont”.

In my mind, rose shows of any size should serve two purposes: To showcase the beautiful blooms that are grown in that area and to encourage people to grow roses. This show accomplished both.  Below are a few of the 100+ photos I took. If you click on an image it should bring up a slide show for better viewing… 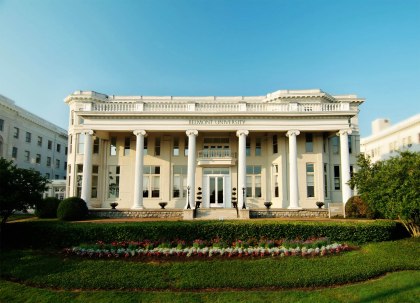 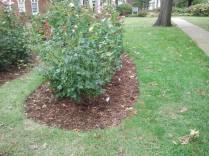 Example of the rose beds at Belmont

Tina with one of the beautiful statues at Belmont

Me standing in the beautifully restored rose garden at Belmont 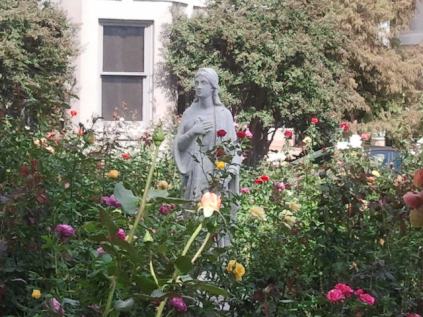 The rose garden is built to surround this statue. Notice the rose in her hand.

Prepping Roses For The Show 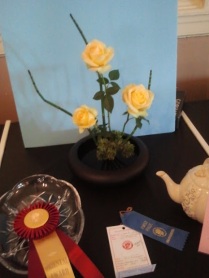 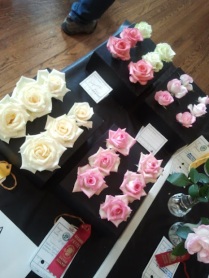 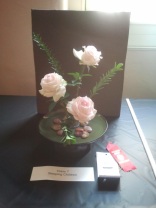 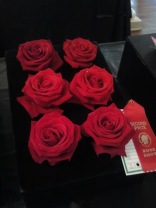 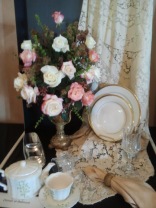 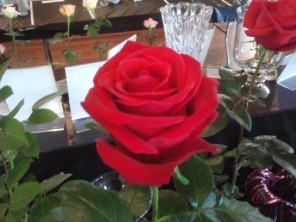 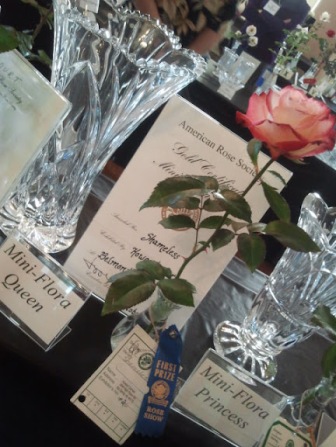 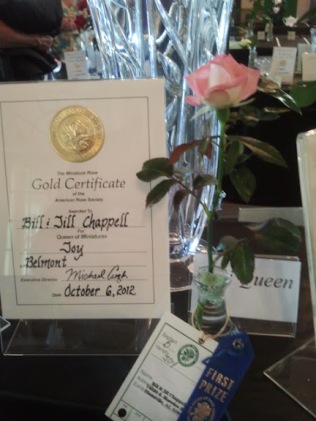 Header image courtesy of Belmont University photo archive. Unless otherwise notes, all other photos are my own.

Christopher R. VanCleave – America’s Favorite Rose Gardener Nicknamed "The Redneck Rosarian”, Chris VanCleave is passionate about gardening and growing roses. He is an active member of the Birmingham chapter of the American Rose Society, serving two terms as President. In 2007, he created the Rose Chat Podcast which has reached over a half a million listeners with news and information on growing on growing the world’s most beloved flower, the rose. He was a contributor to the 2015 Southern Living Gardening Book, has appeared on P. Allen Smith’s Garden Home television show and was featured in the June 2015 issue of Southern Living Magazine. Locally, Chris serves as Chairman of the Helena Alabama Beautification Board where he has spearheaded efforts to create a sustainable landscape in one of the top one hundred places to live in the United States. His writing is seen at About.com and on his popular website; RedneckRosarian.com, where he chronicles his gardening adventures and explores an intrinsic mix of life, faith and gardening. An agent of change with over 20 years’ experience in process innovation, Mr. VanCleave is leading the charge to reinvigorate horticultural societies and helping them to reach their full potential in the social media age.
View all posts by Chris VanCleave - America's Favorite Rose Gardener →
This entry was posted in #roses, Rose Report, Rose Show, Rose Society and tagged Adelicia Acklen, American Rose Society, Antebellum South, Belmont Mansion, Belmont University, blooms, Civil War, Civil War Era Architecture, Deep South, floral arrangement, garden, Nashville Rose Society, Nashville Tennessee, Rose garden, rose show, roses, Southern History, statuary, Tenarky District. Bookmark the permalink.