Tina and her mom are huge Tennessee Titans fans and they love to yuck it up at the Titans games in Nashville and tailgate with all the fans at the stadium. My mother in law, “Obbie”; affectionately named by our children from her given name of “Robbie”, makes the best soup. She calls it  Sideline Soup and has made it for many a game day crowd and is good on any cold night in winter. We often enjoy it as our #SundaySupper 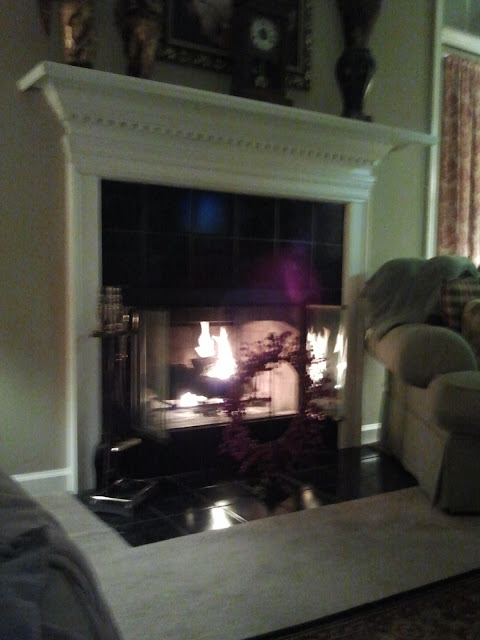 She said the recipe came from The Tennessean, Nashville’s newspaper. We made a batch last weekend and it was a treat. In the deep south, not too many meals are wanting of a piece of cornbread. This meal is not exception. I made a skillet of cornbread and also a pan of corn sticks. Great for dipping in the soup! 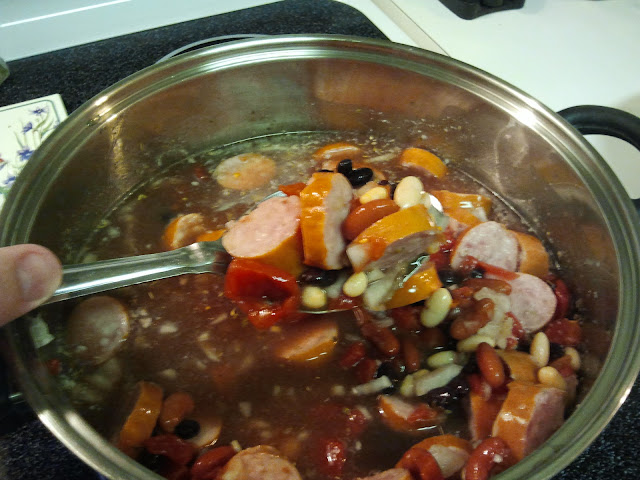 Combine all ingredients in a stockpot and bring to a boil. Reduce heat and simmer for about  15 minutes.

Notes From Obbie: “I cook my soup longer than 15 minutes. More like 45 minutes to an hour. If too chunky, add up to a cup of water. This makes about 10 – 1 cup servings. I often double the recipe. 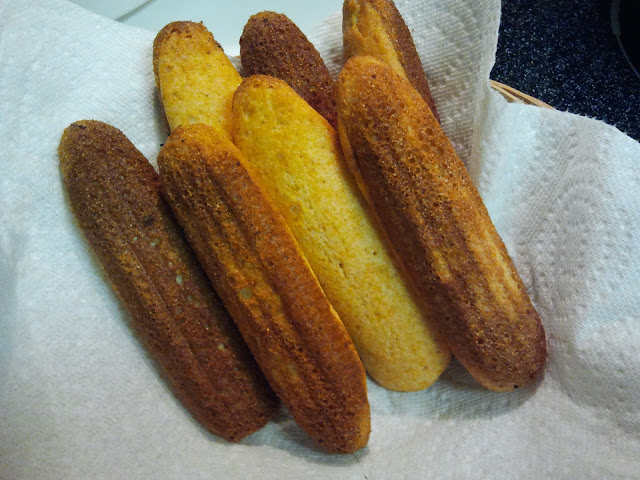 No southern meal is complete without cornbread, right?

Find a multitude of great recipes and shares by following the #SundaySupper hashtag on Twitter. There’s a whole lot of cooking going on! Hosted by FamilyFoodie.com, they are dedicated to bringing families back to the table for Sunday supper. Enjoy!

If you make this soup, please let me know what you think of it… Obbie will be so proud!

Christopher R. VanCleave – America’s Favorite Rose Gardener Nicknamed "The Redneck Rosarian”, Chris VanCleave is passionate about gardening and growing roses. He is an active member of the Birmingham chapter of the American Rose Society, serving two terms as President. In 2007, he created the Rose Chat Podcast which has reached over a half a million listeners with news and information on growing on growing the world’s most beloved flower, the rose. He was a contributor to the 2015 Southern Living Gardening Book, has appeared on P. Allen Smith’s Garden Home television show and was featured in the June 2015 issue of Southern Living Magazine. Locally, Chris serves as Chairman of the Helena Alabama Beautification Board where he has spearheaded efforts to create a sustainable landscape in one of the top one hundred places to live in the United States. His writing is seen at About.com and on his popular website; RedneckRosarian.com, where he chronicles his gardening adventures and explores an intrinsic mix of life, faith and gardening. An agent of change with over 20 years’ experience in process innovation, Mr. VanCleave is leading the charge to reinvigorate horticultural societies and helping them to reach their full potential in the social media age.
View all posts by Chris VanCleave - America's Favorite Rose Gardener →
This entry was posted in Recipes, Sundays In The South and tagged #SundaySupper, dinner, food, Foodie, Great Soups, ground cumin, Homemade Soup, Meal, recipes, red kidney beans, Sideline Soup, Soup Recipe, Sunday Supper, Supper, tailgating, tennessee titans fans, vegetarian. Bookmark the permalink.