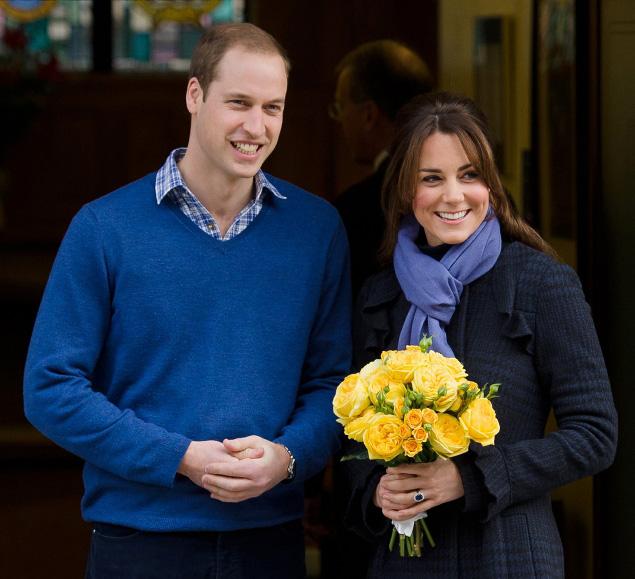 The arrival of the royal baby this week has had many “all a twitter” with speculation as to whether or not it would be a boy of a girl. If you haven’t already heard, the Duchess of Cambridge gave birth on July 22, 2013 to a healthy baby boy weighing in at 8 pounds and 6 ounces and is third in line to the British throne. Mother and baby are said to be doing fine.

As with so many joyous occasions, people around the world celebrate with roses. I don’t think I can remember ever visiting a new mother and child with no roses present. Nor can I recall ever being in attendance at a wedding where roses were not on display. It was so when William and Catherine, now Duke & Duchess of Cambridge married on April 29, 2011. Famed hybridizer of English roses David Austin introduced a splendid white rose, ‘William and Catherine’ in the UK that carries their name. His description of this rose is excellent:

The flowers of ‘William and Catherine’ are particularly beautiful with the classic shallow cup shape and the very full petalled form of many of the Old Roses. At the centre of each bloom is a button eye of small inward folding petals. As the flowers first start to open the colour is a soft creamy apricot, which quickly fades to cream and then to pure white – the overall impression is very much of white. The petals drop very cleanly, which is a very important attribute in a white rose. It is an extremely healthy variety, forming a most attractive and bushy, but relatively upright, shrub. The fragrance is pure myrrh and of medium strength. ‘William and Catherine’ will be excellent for mixed borders, informal rose borders and more formal beds. – David Austin Roses

With so much speculation about the baby now arrived, thoughts for many rose lovers turn to how soon a rose will be named to honor this blessed occasion. What color would you choose? What name would you give this rose?

Christopher R. VanCleave – America’s Favorite Rose Gardener Nicknamed "The Redneck Rosarian”, Chris VanCleave is passionate about gardening and growing roses. He is an active member of the Birmingham chapter of the American Rose Society, serving two terms as President. In 2007, he created the Rose Chat Podcast which has reached over a half a million listeners with news and information on growing on growing the world’s most beloved flower, the rose. He was a contributor to the 2015 Southern Living Gardening Book, has appeared on P. Allen Smith’s Garden Home television show and was featured in the June 2015 issue of Southern Living Magazine. Locally, Chris serves as Chairman of the Helena Alabama Beautification Board where he has spearheaded efforts to create a sustainable landscape in one of the top one hundred places to live in the United States. His writing is seen at About.com and on his popular website; RedneckRosarian.com, where he chronicles his gardening adventures and explores an intrinsic mix of life, faith and gardening. An agent of change with over 20 years’ experience in process innovation, Mr. VanCleave is leading the charge to reinvigorate horticultural societies and helping them to reach their full potential in the social media age.
View all posts by Chris VanCleave - America's Favorite Rose Gardener →
This entry was posted in #roses, David Austin Roses, Stories and tagged #RoyalBaby, beautiful, British Monarchy, David Austin roses, Duchess of Cambridge, Duke of Cambridge, English Roses, Great Britian, Kate Middleton, Line of succession, Monarchy, New Roses, Photography, roses, Royal Baby, The British Monarchy, William and Catherine, William and Catherine Rose. Bookmark the permalink.