The 2016 Biltmore International Rose Trials got underway on Saturday in the walled rose garden at the magnificent Biltmore Estate in Asheville, North Carolina.

Judges from around the country converged on the garden for one final review of the entries before the winners are announced.

Roses in the trial are grown in no spray conditions for three years and are evaluated by a permanent jury of judges multiple times per year. The roses are judged on various criteria ranging from overall garden presentation to disease resistance and the presence of fragrance. 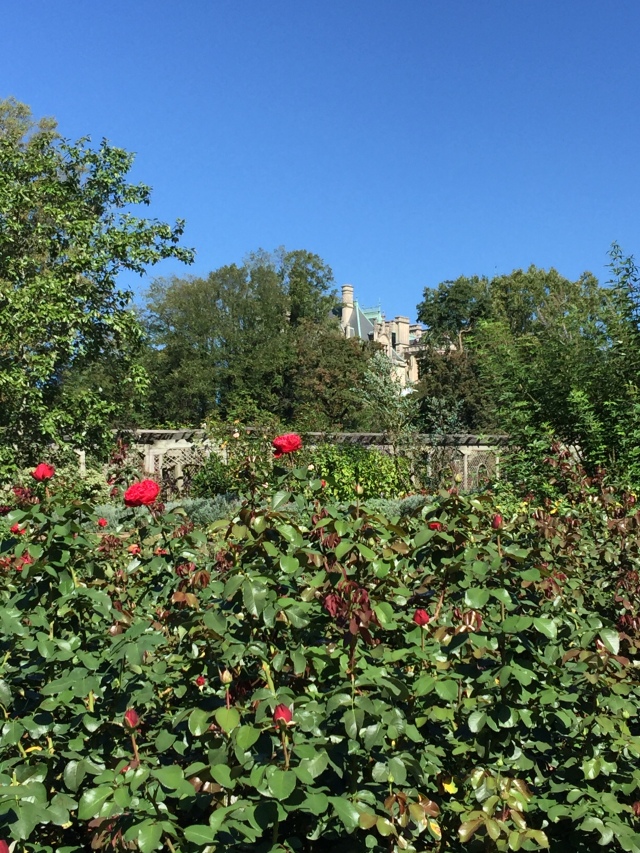 The culmination of these efforts are realized as the results are tabulated and the winners are announced and I was honored to be among this years judges.

Tina & I ready for a day of judging roses!

Congratulations to the winners. The Biltmore International Rose Trials is an ongoing effort and is coordinated by Paul Zimmerman. The staff at Biltmore Estate are to be commended on continuing the horticultural legacy of George Vanderbilt that began in 1889.

Hybridizers from around the globe submit roses to the trial each year an is open to all amateur and professional hybridizers.

Christopher R. VanCleave – America’s Favorite Rose Gardener Nicknamed "The Redneck Rosarian”, Chris VanCleave is passionate about gardening and growing roses. He is an active member of the Birmingham chapter of the American Rose Society, serving two terms as President. In 2007, he created the Rose Chat Podcast which has reached over a half a million listeners with news and information on growing on growing the world’s most beloved flower, the rose. He was a contributor to the 2015 Southern Living Gardening Book, has appeared on P. Allen Smith’s Garden Home television show and was featured in the June 2015 issue of Southern Living Magazine. Locally, Chris serves as Chairman of the Helena Alabama Beautification Board where he has spearheaded efforts to create a sustainable landscape in one of the top one hundred places to live in the United States. His writing is seen at About.com and on his popular website; RedneckRosarian.com, where he chronicles his gardening adventures and explores an intrinsic mix of life, faith and gardening. An agent of change with over 20 years’ experience in process innovation, Mr. VanCleave is leading the charge to reinvigorate horticultural societies and helping them to reach their full potential in the social media age.
View all posts by Chris VanCleave - America's Favorite Rose Gardener →
This entry was posted in Biltmore Rose Trials, Uncategorized and tagged asheville north carolina, biltmore estate, biltmore international rose trials, biltmore rose trials, gardening, North Carolina, Photography, roses. Bookmark the permalink.