After having planted this rose about a month ago, I didn’t expect to see a bloom this soon. As you may recall, this is a new rose being introduced in 2013 and I was lucky enough to have been given a shrub to grow in my own garden from a friend. Just after planting this rose I noticed several new shoots and today one of them produced this bloom: 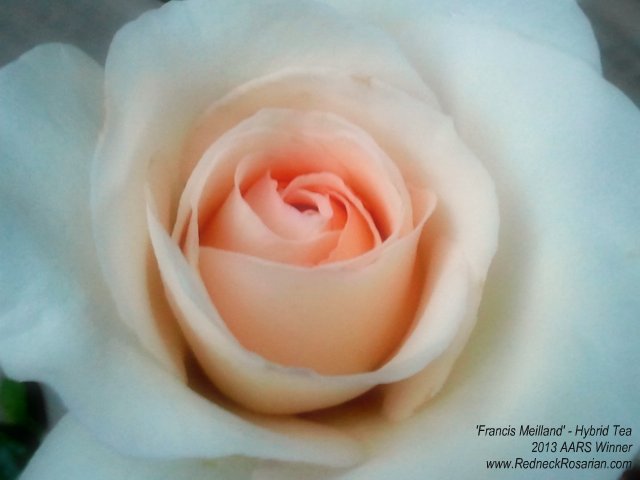 This rose was field grown during the AARS trials under no spray conditions and I have likewise not sprayed this rose since planting it in my garden. 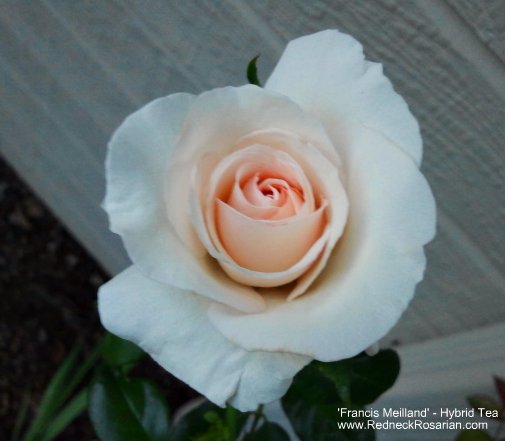 It also has a great fragrance.

This week on Rose Chat Radio:  We’ll be talking with a plant pathologist about the dreaded Rose Rosette disease. We have had a confirmed case here in Birmingham and is a very timely subject for many gardeners around the country.

The Live broadcast is Saturday 7/21/2012 9:30 am CST. Call us with your questions  (347) 677-1870 during the show. After the broadcast, the show is also available in the Rose Chat Radio archive.  LISTEN HERE  Click HERE to subscribe to Rose Chat Radio updates via email

Christopher R. VanCleave – America’s Favorite Rose Gardener Nicknamed "The Redneck Rosarian”, Chris VanCleave is passionate about gardening and growing roses. He is an active member of the Birmingham chapter of the American Rose Society, serving two terms as President. In 2007, he created the Rose Chat Podcast which has reached over a half a million listeners with news and information on growing on growing the world’s most beloved flower, the rose. He was a contributor to the 2015 Southern Living Gardening Book, has appeared on P. Allen Smith’s Garden Home television show and was featured in the June 2015 issue of Southern Living Magazine. Locally, Chris serves as Chairman of the Helena Alabama Beautification Board where he has spearheaded efforts to create a sustainable landscape in one of the top one hundred places to live in the United States. His writing is seen at About.com and on his popular website; RedneckRosarian.com, where he chronicles his gardening adventures and explores an intrinsic mix of life, faith and gardening. An agent of change with over 20 years’ experience in process innovation, Mr. VanCleave is leading the charge to reinvigorate horticultural societies and helping them to reach their full potential in the social media age.
View all posts by Chris VanCleave - America's Favorite Rose Gardener →
This entry was posted in #roses, Alabama, Francis Meilland, Rose Report, Rose Reviews and tagged 2013 AARS Winner, AARS, Award Winning Roses, Birmingham, blooms, chat radio, flowers, Francis Meilland, Great Roses, hybrid tea, internet radio, live broadcast, nature, No Spray Roses, Photography, plant pathologist, plants, radio archive, Radio Show, rose, rose chat, rose chat radio, Rose Disease, Rose Rosette, roses. Bookmark the permalink.